X
Subscribe to our newsletter
Let’s connect and we will provide you with details on upcoming activities, events, wellness tips and special offers.
X
FREE TRIAL

Fitness First Philippines launched the annual New You Achievement Awards (NYAA) to recognize and celebrate the fitness achievements of their members. Now on its tenth year, the search was open to all Fitness First members who accomplished outstanding achievements within the past year. Online application kicked off in January 15 and after shortlisting all entries, the twelve finalists representing each club were revealed last March 15.

As fitness leaders who help people to go further in life, Fitness First took these twelve finalists on a twelve-week program to help them get to the next step of their journey and create new fitness milestones. Finalists were assessed and tracked using Boditrax before and after the program.

Watch their stories and may these inspire and encourage you to become the best version of yourself.

Behind every success story is a story of struggle, setback, or failure. These twelve individuals successfully overcame adversity and are now ready to mark another milestone on their fitness journey. 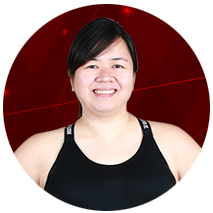 After having abnormal blood test results and being diagnosed with bipolar disorder, Margret Abejuela decided to make positive changes in her life. She stopped using alcohol as a temporary escape from reality and gained real control over her life through exercise. Miguel Arias has always been the skinny guy who struggled on putting on weight. He experienced a setback when he was diagnosed with an auto-immune disease in 2018, but this did not stop him in proving that his condition is not hindrance to reach his fitness goals. 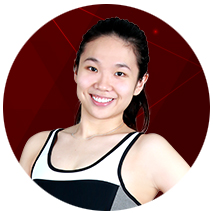 A once unhealthy and unhappy girl, struggling everyday knowing that she was not her best self. Stefanie Yu found a home after joining Fitness First and a new love for weight lifting. She regained her confidence and learned to love herself more after losing 50kg, going from overweight to normal. At 55, Munnish Zain Ali Khan Banbah proved that it is never too late to start your transformation journey. He started training as part of his recovery from a surgery and continued working out to attain his ideal body. Now with a healthier body and after a significant weight loss, Zain is living the best time of his life and ready to push himself to the next level. As an actor and performer, Nar Cabico was under the scrutiny and pressure to maintain a fit lifestyle. The demands of his job urged him to enroll at Fitness First and in three months lost 35lbs and gained more strength, a feat he once thought seemed impossible. 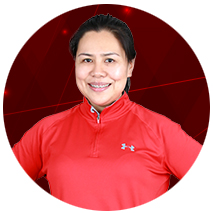 Coping with a loss pushed Renee Soriano to the edge, causing her to reach 280lbs. She started to become a target of ridicule which made her realize she needs to make a change. Seeing the significant changes in her- physically, mentally, and emotionally after losing 90lbs made her appreciate the value of keeping herself fit and healthy. A possible wedding engagement inspired Shelly Heredia to lose the extra weight but things didn’t work out as planned. She continued training to pursue a holistically healthier lifestyle after going through a devastating break up. The change became noticeable and helped her gain more credibility as a medical doctor as she is able to practice what she preaches. Her fitness journey inspired her co-residents and patients to follow suit. 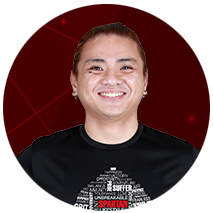 Blaire Parojinog battled issues with drugs and depression for years and fitness played a huge part on his path to recovery. In fitness, he found a new high. Training for Spartan became a turning point in his life; with every run, he was able to build his self-esteem and discover a sense of purpose. 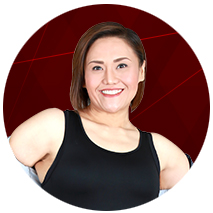 A health scare which resulted from being overweight prompted Mary Jane Kurup to take her fitness seriously. Motivated to get her fitness back up after a delicate operation and with the help of her fitness coach, she managed to lose over 100lbs, and overcame diabetes and hypertension. Engaging in physical activities and working out dragged Rosanna Gloria out of an almost depression state after giving birth to her first child. She slowly picked herself up and worked on improving her state of mind and overall well-being. Staying fit helped her cope better with the demands of motherhood and in her role as a wife. 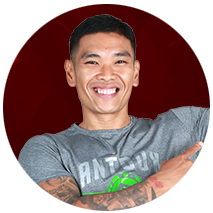 Your health needs to take the center stage when you have a family to take care of. The desire to live longer for his five kids was Jason Jacinto’s motivation to get rid of his dad bod and change his lifestyle. With persistence and discipline, he lost 90lbs in eight months, gaining more self-confidence, and improving his stamina for the daily ordeals of parenting. 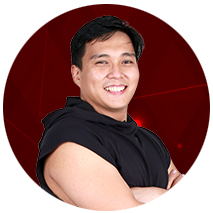 Facing a quarter life crisis, having intense self-doubt and not being happy about himself, Carl Jan Cuevas decided to get his fitness back on track. Hitting a plateau did not discourage him to move forward on his fitness quest. With hard work, perseverance, and supportive community behind him, he is set to achieve more milestones as he turns 30 this year.